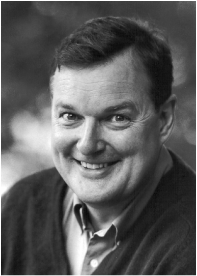 Ian distinguished himself musically at the age of 14 by winning a scholarship to the Junior School of the Royal Academy of Music in London. Very many years later, he is one of today’s most extraordinarily versatile and accomplished musicians, performing with equal ease as an orchestral conductor, choral director, organist, harpsichordist, pianist, teacher, and public speaker.

Ian has been featured on numerous recordings and film soundtracks, including Amadeus, Restoration, Cry The Beloved Country, and Polanski’s Death and the Maiden. He was also the solo pianist on Renee Fleming’s award-winning CD, The Beautiful Voice.

In addition to his work at St. Ann’s Church, Ian is the Music Director of First Parish, Lincoln MA, Artistic Director of the Connecticut Early Music Festival and Associate Conductor of Boston’s Handel and Haydn Society. Ian juggles those roles while also touring regularly.

Ian is married to the violinist Amy Rawstron. When not practicing or performing, Ian enjoys fly fishing and rock concerts. 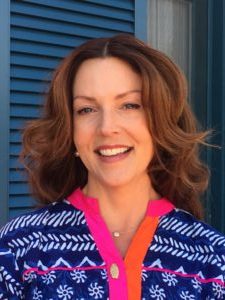 Kiki’s various professional pursuits have had a common theme: being of service.

Kiki lived in Germany for five years where she earned a degree in Hotel Management. She then moved to New York City where she held different marketing and customer service roles. After managing a nationwide planned giving program for an Episcopal non-profit for five years she decided to attend law school at the age of 37, and practiced law for several years.

In 2010, after 20 years in New York City, Kiki and her husband, The Rev. Peter Cheney, moved to Tucson where they live during the winter with their rescue pup, Josie.

Kiki’s favorite color is pink and she keeps her motorcycle license up to date. One never knows… 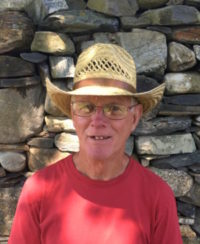 Reggie has worked at St. Ann’s since 2010. Prior to becoming the parish’s sexton, Reggie worked in a textile mill in Biddeford, Maine for 31 years. He says that after working inside for so many years, it is a real treat to be outdoors all day.

Reggie is an avid gardener; he sows 60 to 70 plants —such as peas, cucumbers, string beans, zucchini — each year. He plants so many because he loves to watch them grow and because he can always find a home for what he doesn’t use.

One of Reggie’s highlights is meeting the many people who visit St. Ann’s. They come from all across the country, as well as different parts of the world. He notes that they all remark on how peaceful the grounds are and what a special place the church is.

When not working at St. Ann’s, Reggie is an active volunteer with Community Outreach Services and Community Harvest.

Reggie grew up in Saco so he is familiar with cold weather. That served him well when the Navy sent him to Antarctica!